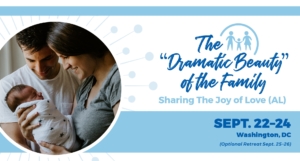 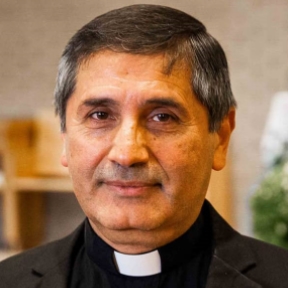 Bishop Rodriguez was born March 22, 1955, in Merida, Mexico, located in the state of Yucatan. He is the son of Nery Maria Novelo and Ramon Rodriguez (deceased), and he has one brother and four sisters, who live in Merida. In Merida he attended a primary school run by the Maryknoll Sisters, and then secondary and preparatory schools run by the Marist Brothers. When he finished high school, he joined the Legionaries of Christ to study and become a priest. He was ordained Dec. 24, 1987.

He was awarded a Doctorate in Sacred Theology by the Gregorian in Rome in 1994. He also has a licentiate in philosophy from the same pontifical university, and a diploma in Mariology from the Marianum in Rome.

In 1999, he was invited by then Archbishop Charles Chaput to teach in the newly launched St. John Vianney Theological Seminary in Denver, and to serve as Associate Pastor of St. Therese Parish in Aurora.

In 2002, he returned to Rome to serve as Associate Pastor of Stella Maris Parish in the Diocese of Rome, but then returned to Denver in 2006 to be a professor at St. John Vianney.

From 2007-2014, Father Rodriguez served as vice-rector of St. John Vianney Theological Seminary in Denver. He was incardinated as a priest of the Archdiocese of Denver in 2008.

Since 2014, he has served as pastor of Holy Cross Parish in Thornton, Colorado, and he continues to teach the seminarians as well as the permanent diaconate candidates.

He speaks Spanish, English and Italian, and reads French, and is the author of various theological publications. 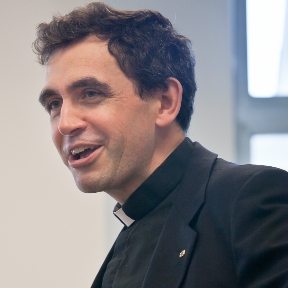 Rev. López teaches and writes in the areas of Trinitarian theology, metaphysics, theological anthropology, and marriage.

He is the author of Spirit’s Gift: The Metaphysical Insight of Claude Bruaire (CUA Press, 2006), Gift and the Unity of Being (Wipf & Stock, 2013), and Rinascere: La memoria di Dio in una cultura tecnologica (Lindau, 2015).

He has edited Retrieving Origins and the Claim of Multiculturalism (Eerdmans, 2015) and Enlightening the Mystery of Man: Gaudium et spes Fifty Years Later (Humanum Academic Press, 2018).

He serves as editor of Humanum Academic Press and of the English Critical Edition of the Works of Karol Wojtyła and John Paul II, forthcoming from CUA Press.

Helen Alvaré is a Professor of Law at Antonin Scalia Law School, George Mason University, where she teaches Family Law, Law and Religion, and Property Law. She publishes on matters concerning marriage, parenting, non-marital households, and the First Amendment religion clauses. She is faculty advisor to the law school’s Civil Rights Law Journal, and the Latino/a Law Student Association, a Member of the Holy See’s Dicastery for Laity, Family and Life (Vatican City), a board member of Catholic Relief Services, a member of the Executive Committee of the AALS’  Section on Law and Religion, and an ABC news consultant. She cooperates with the Permanent Observer Mission of the Holy See to the United Nations as a speaker and a delegate to various United Nations conferences concerning women and the family.

In addition to her books, and her publications in law reviews and other academic journals, Professor Alvaré publishes regularly in news outlets including the New York Times, the Washington Post, the Huffington Post, and CNN.com. She also speaks at academic and professional conferences in the United States, Europe, Latin America and Australia.

Prior to joining the faculty of Scalia Law, Professor Alvaré taught at the Columbus School of Law at the Catholic University of America; represented the U.S. Conference of Catholic Bishops before legislative bodies, academic audiences and the media; and was a litigation attorney for the Philadelphia law firm of Stradley, Ronon, Stevens & Young.

Professor Alvaré received her law degree from Cornell University School of Law and her master’s degree in Systematic Theology from the Catholic University of America. 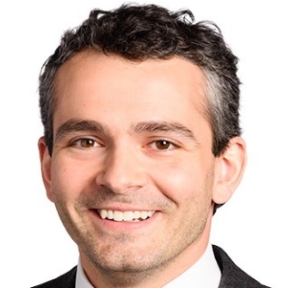 Ryan T. Anderson, Ph.D., is the President of the Ethics and Public Policy Center, and the Founding Editor of Public Discourse, the online journal of the Witherspoon Institute of Princeton, New Jersey.

He is the author of When Harry Became Sally: Responding to the Transgender Moment and Truth Overruled: The Future of Marriage and Religious Freedom. He is the co-author of What Is Marriage? Man and Woman: A Defense and Debating Religious Liberty and Discrimination, and the co-editor of A Liberalism Safe for Catholicism? Perspectives from “The Review of Politics.”

Anderson has made appearances on ABC, CNN, CNBC, MSNBC, and Fox News. His work has been published by the New York Times, the Washington Post, the Wall Street Journal, Oxford University Press, Cambridge University Press, the Harvard Journal of Law and Public Policy, the Harvard Health Policy Review, the Georgetown Journal of Law and Public Policy, First Things, the Claremont Review of Books, and National Review.

He is the John Paul II Teaching Fellow in Social Thought at the University of Dallas, a member of the James Madison Society at Princeton University, and a Fellow of the Institute for Human Ecology at the Catholic University of America.

For 9 years he was the William E. Simon senior research fellow at The Heritage Foundation, and has served as an adjunct professor of philosophy and political science at Christendom College, and a Visiting Fellow at the Veritas Center at Franciscan University. He has also served as an assistant editor of First Things. 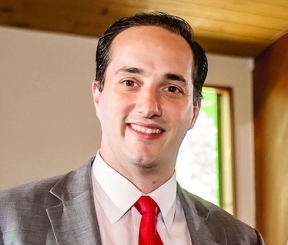 JP is the co-author of the book, Endgame: The Church’s Strategic Move to Save Faith and Family in America and he’s the founder and president of Communio, a nonprofit that consults with churches equipping them with proven strategies and technologies to solve our nation’s family and faith crisis.

The experimental initiative worked with an ecumenical network of churches and drove down the divorce rate by 24 percent in Jacksonville, FL. It also saw churches grow – 33 churches that participated in the experiment saw average Sunday attendance grow by 23 percent over a two year period. Communio partners with churches across the country to help strategically design and run their own Data-Informed, Full-Circle Relationship Ministries® including citywide projects running in Denver, Fort Worth, Billings, MT, and the Permian Basin in Texas as well as the Archdiocese of Detroit, the Archdiocese of Boston, the Diocese of Pittsburgh, Diocese of Peoria, the Arlington Diocese and the Archdiocese of St Paul.

A husband and father, JP lives in VA with his amazing wife Christina and their 8 young children.